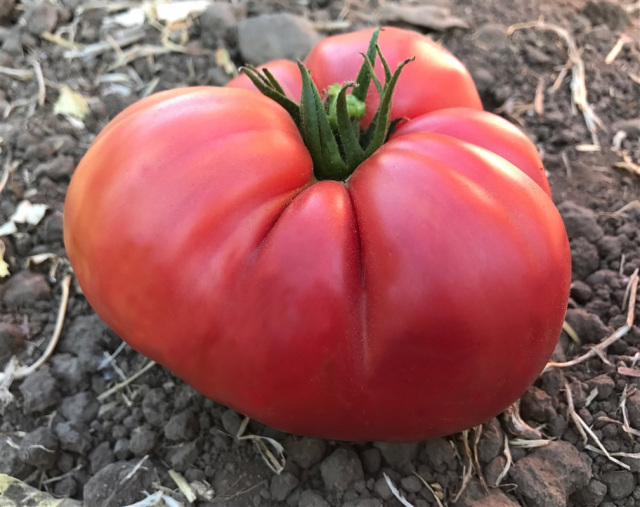 African Queen is a family heirloom from Jack Maderis of North Carolina. Seeds were first introduced by Amy Goldman Fowler of Rhinebeck, New York. who obtained the seeds from seed collector, John Coykendall, from the Smoky Mountains of East Tennessee. John got his tomato plants from Jack Maderis in 1986 who said with his gift of seeds,"This'll make some big, old pink tomatoes." Jack's family, according to Amy, "had cultivated African Queen for generations, with the aid of mules, on steep hillsides of western North Carolina. Since tomatoes had been cultivated in the Carolina's as early as the mid-eighteenth century, African Queen may have come directly to the Carolinas with British colonists or, more likely, with slaves from the Caribbean." Large indeterminate, potato leaf plants produce heavy crops of 1-2 lb., 3-5", jade-pink, lightly fluted, beefsteak tomatoes with red flesh and rich delicious flavors.